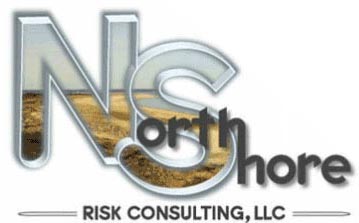 September 2022
NSRC was hired by the NY Liquidation Bureau to conduct a partial claims audit of a livery client of a bankrupt insurance company.

June 2022
NSRC was hired by the Montana University Self-Funded Workers’ Compensation System to perform a claims audit of their WC third-party claims administrator.

May 2022
Robert Lynch attended the Claims Education Conference provided by the International Insurance Institute, Inc from May 10 to May 13 in New Orleans.
North Shore Risk was selected by Community Transit in Everett, Washington to conduct a Workers’ Compensation Claim File Review.
North Shore Risk completed the 3rd annual multi-line claim file audit for the Division of Risk Management, State of Utah.

April 2022
Robert Lynch will be attending the National RIMS conference in San Francisco.

January 2022
NSRC was selected to conduct a review of a regional insurer’s Workers’ Compensation Claims Settlement And reserve strategies.

September 2021
NSRC was selected by the NY Liquidation Bureau to perform an AL/GL claim file audit.

June 2021
NSRC completed an extensive AL/GL audit for the second year of a 5-year contract for DRM, State of Utah.

May 2021
NSRC completed a review of a regional insurer’s Workers’ Compensation claims settlement reserves and strategies.  NSRC Principal Robert Lynch was retained by an Ohio law firm as an expert in claims practices in a large products liability lawsuit.

January 2021
NSRC was hired by the NY Hinman law firm to conduct a WC reserve study of claims originally insured by the Alliance National Insurance on behalf of VDRNC LLC and now taken over by the NY State Liquidation Bureau.

October 2020
North Shore Risk has submitted a proposal for claim audit services for Maricopa County in the State of Arizona. The audit will cover multiple Property & Casualty lines of business and the contract will run for one year.

July 2020
North Shore Risk completed its three-year multi-line claim audit for the initial term of its five-year contract with the State of Utah.

May 2020
Robert Lynch, NSRC Principal, has been approved by the Board of the Society of Risk Management Consultants for membership.

September 2019
NSRC has been retained to perform an assessment of the reserving practices of a national Automobile Insurance carrier.

June 2019
Bob Lynch was retained by PERMA to review and validate an SIR charge by PERMA to one of its members who signed an alternative risk financing program.

April 2019
NSRC was retained by Community Transit in Everett Washington to perform a targeted audit of its TPA for 3 years of WC losses.

November 2018
NSRC Principal Stephen Beigbeder has been selected to perform a WC claim file audit on a major TPA in New Jersey.

March 2018
NSRC was hired by SUNZ Insurance group to consult on their entry into the California WC market and to perform a target audit of their initial portfolio of WC claims. January 2018NSRC completes a claims program assessment for a national grocery retailer that included an operational review and claims audit of their hybrid (in-house and TPA managed) automobile liability and Workers’ Compensation claims units.

October 2017
NSRC was selected by the City of Los Angeles Risk Management Department to be on their approved vendor list for Risk/Claims Management consulting for a five-year term.

July 2017
NSRC was hired by the State of Rhode Island Department of Administration to assist in preparation of an RFP to select a TPA to replace their self-administered claims department and to assist in scoring the vendor responses.

May 2017
NSRC Principal Michael Koss was selected to participate in a targeted claim file audit of Whole Foods.